Chelsea transfer news: After the takeover of the west London club was finally completed the Chelsea transfer news has gone into overdrive as Thomas Tuchel aims to reshape his squad this summer.
[ VIDEO: Premier League analysis ]
Given all of the uncertainty around the ownership situation at Chelsea, things have been quiet in terms of incomings. Not now.
With Chelsea losing Antonio Rudiger and the likes of Cesar Azpilicueta, Marcos Alonso, Andreas Christensen and Romelu Lukaku all expected to move on, we can expect a busy summer at Stamford Bridge.
[ TRANSFER NEWS: Liverpool | Tottenham | Manchester United | Manchester City ]
Below we roundup the latest done deals, reports and rumors and give our analysis on what’s going on as Joe Prince-Wright (JPW), Nicholas Mendola (NM) and Andy Edwards (AE) will guide you through a hectic next few months.
In
None (yet)
Out
Antonio Rudiger – Real Madrid (free transfer)
A report from Goal.com states that Chelsea are still interested in signing USMNT goalkeeper Gabriel Slonina. The 18-year-old is a starter for the Chicago Fire and recently turned down a call-up to the Poland national team to represent the USMNT. Real Madrid reportedly also want to sign Slonina, who is one of the top young goalkeeping prospects on the planet. Would this move be a good one for the young American? He’d almost certainly go out on loan and getting regular minutes is key as he wouldn’t be close to challenging Edouard Mendy for the starting spot.
According to Fabrizio Romano, the Inter Milan board will meet with Lukaku’s reps today. He claims that Lukaku ‘dreams of a return’ to Inter but nothing has been discussed with Chelsea. Lukaku, 29, only joined Chelsea from Inter last summer for a huge $122.6 million fee. However, after a good start to the season his form dipped massively and he scored just eight Premier League goals in 16 starts. Chelsea’s attack was their main issue all season long and Tuchel wants to revamp it this summer as Lukaku, Hakim Ziyech, Timo Werner and Christian Pulisic could all be on the move. It has been reported elsewhere that Lukaku could initially head back to Inter on loan. (JPW)
Inter board will meet Romelu Lukaku’s laywer in the coming hours. Belgian striker dreams of returning to Inter but nothing has been discussed yet with Chelsea on formula, salary and more 🔵 #CFC @SkySport
It’s really complicated deal as Chelsea paid €115m for Rom one year ago.
— Fabrizio Romano (@FabrizioRomano) May 31, 2022 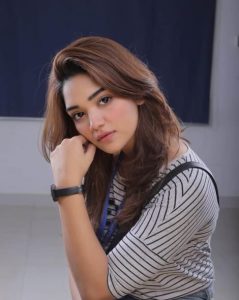 iPhone 13 and Pro Max: Rumours and everything we know so far – The Independent